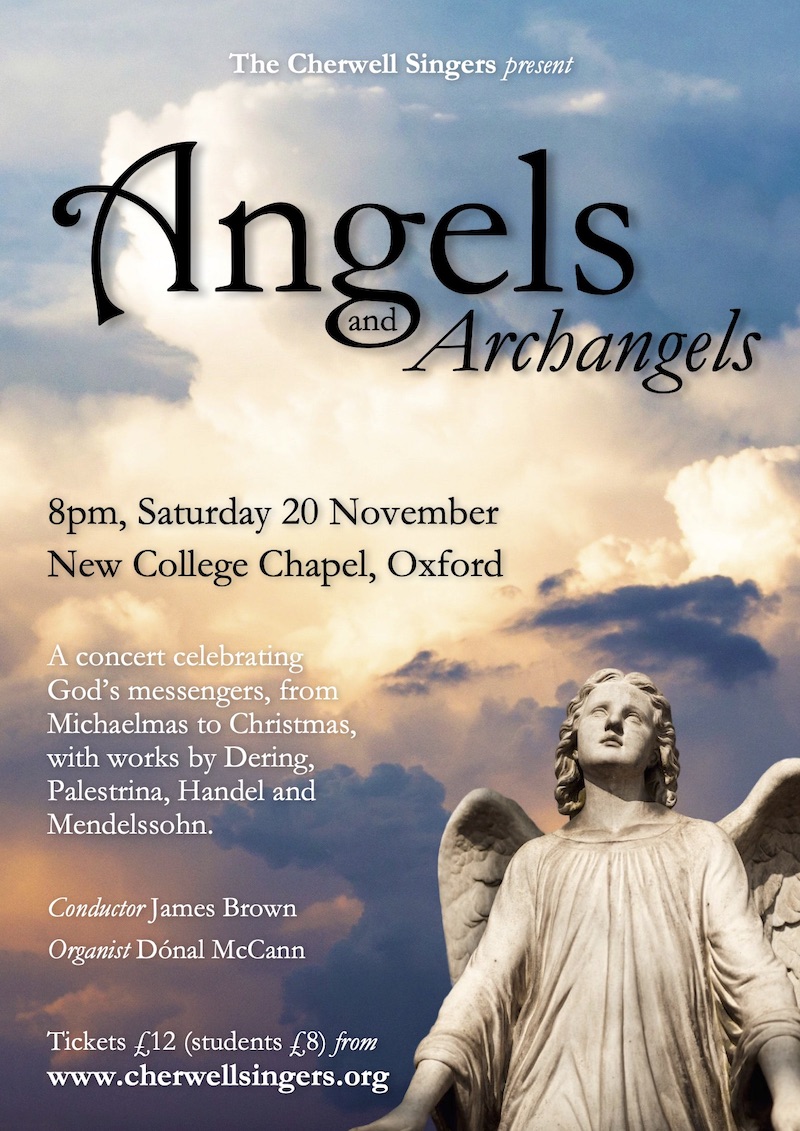 The Chapel of New College, Oxford

Michaelmas term takes its name from the Archangel Michael, chief among the warrior angels fighting the dragon and his angels, the forces of evil, and ultimately defeating them.

Angels as warriors, and as God’s messengers, appear throughout scripture, both named and unnamed, and composers have depicted them, and their actions, in various and colourful ways.

Our concert explores this rich depiction, from the polyphonic tradition of Palestrina and Victoria, through to their appearance in the great oratorios “Messiah” and “Elijah”.

After the interval we showcase twentieth century settings of works about angels, including those by Messiaen, John Tavener, and living composers such as Andrew Carter and John Rutter.

New College Chapel, with its large and dramatic wooden angel roof bosses looming down on us, will provide a suitable setting for our programme, and joining us on the organ for the first time will be the Assistant Organist of New College, Donal McCann.

Do join us as we trace with, and through, the angels, the journey from Michaelmas to Christmas.