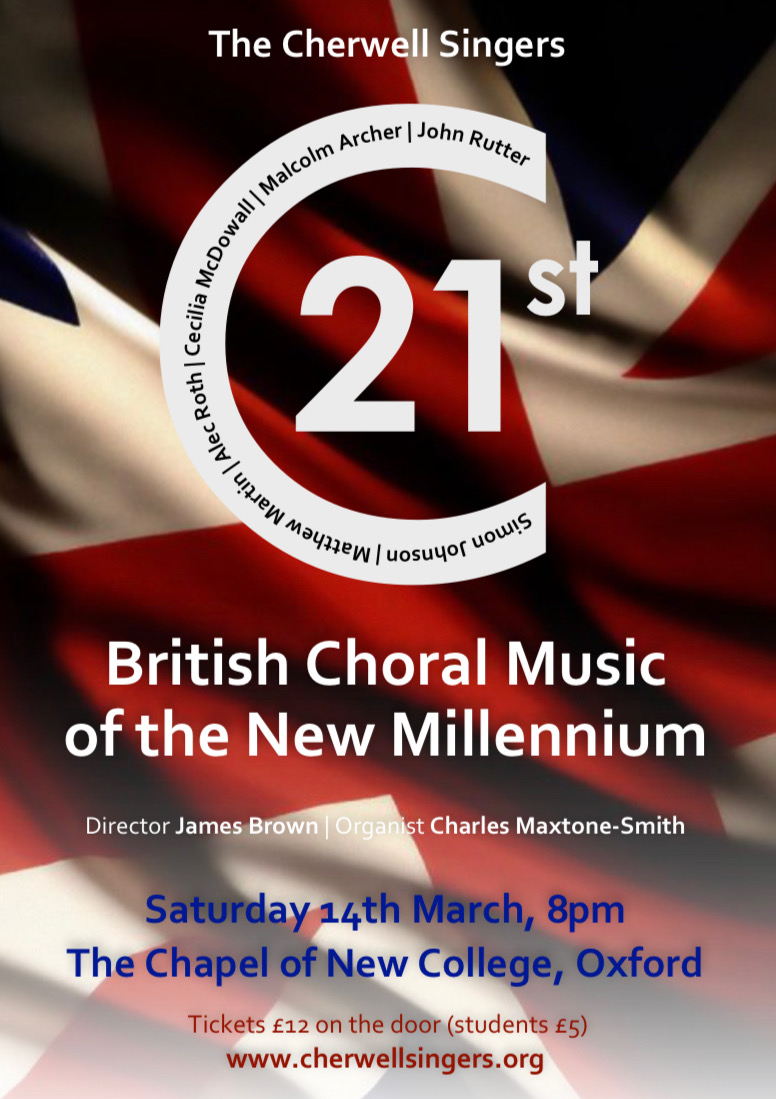 The Chapel of New College, Oxford

The passage of twenty years seems as good a time as any to review some of the new works produced since the millennium in this country, and so this term the Cherwell Singers presents a programme of fresh and exciting new music by living and working British composers.

Most of the works are commissions, which provide a vital lifeline for the production of new music, as does its exposure to audiences brave enough to eschew temporarily the familiar.

Works we will present range from celebrations of anniversaries, marking of retirement and national events. Established composers such as John Rutter and Malcolm Archer are featured alongside younger writers such as David Bednall and Matthew Martin. Some of the pieces have an Oxford connection, with first performances of two of the works occurring in the chapel of New College, where we are pleased to be returning to present this concert. The relatively young and dynamic organ of the chapel is the perfect partner for modern works, and will be played by Acting Assistant Organist, Charles Maxtone-Smith. Do join us for an evening of some of the best new choral music from Britain.