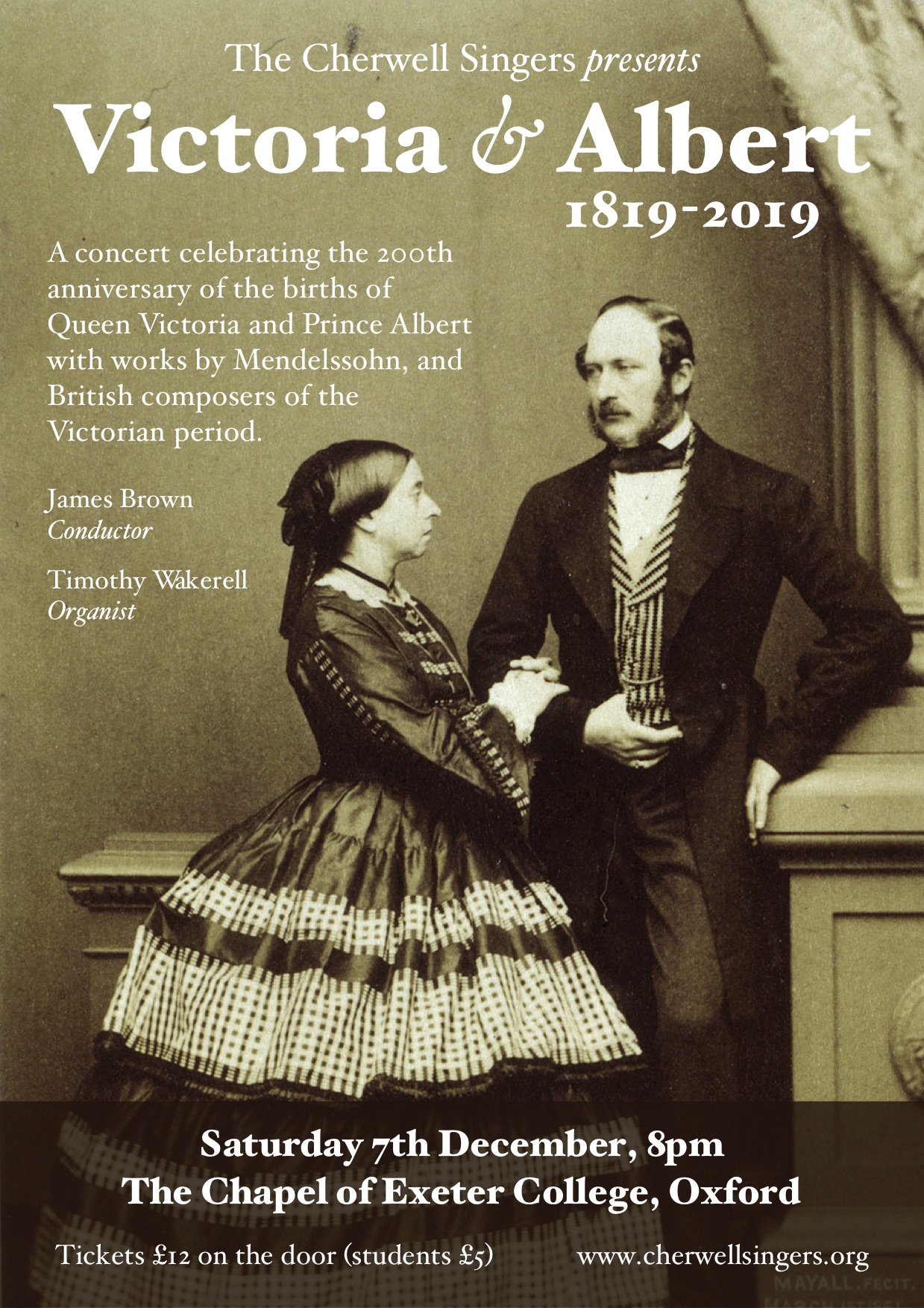 The Chapel of Exeter College, Oxford

2019 is the bicentenary of the birth of both Queen Victoria and her consort Prince Albert. As keen music lovers and amateur musicians themselves, the royal couple befriended composer Felix Mendelssohn on his visits to London, and even made music with him. Several entries in their diaries reflect their mutual admiration. To mark this the Cherwell Singers will perform some of Mendelssohn’s Advent and Christmas choral music to reflect the season in which the concert will be presented. Forming the other half of our programme will be larger scale choral works written during significant years in Victoria’s long reign, including her two jubilee years of 1887 and 1897. Works by Wesley, Goss, Stainer and Elgar will be included in this section of the concert. Performed in the suitably Victorian setting of the chapel of Exeter College, and accompanied on the organ by Timothy Wakerell, we do hope you can join us for an evening to mark this anniversary of this royal couple who continue to capture our imagination and interest today.